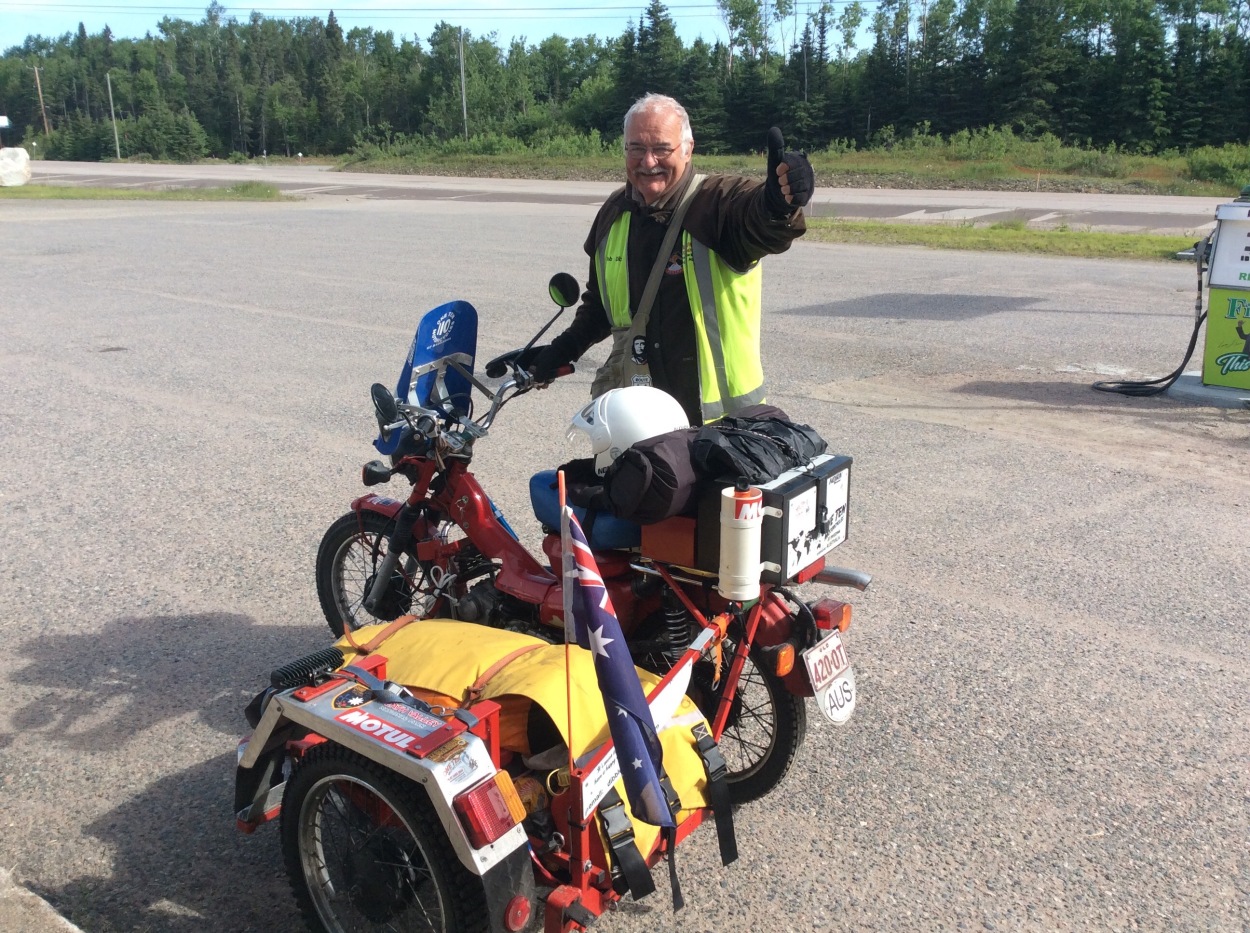 Day 38 – Rossport to Marathon. Rarely does the name of the town so closely fit the day. Hope, BC springs to mind, from where I first started climbing some serious hills. Today was a marathon not so much for distance as for the constant rolling hills, with hardly a gap between descents and starting climbing again. 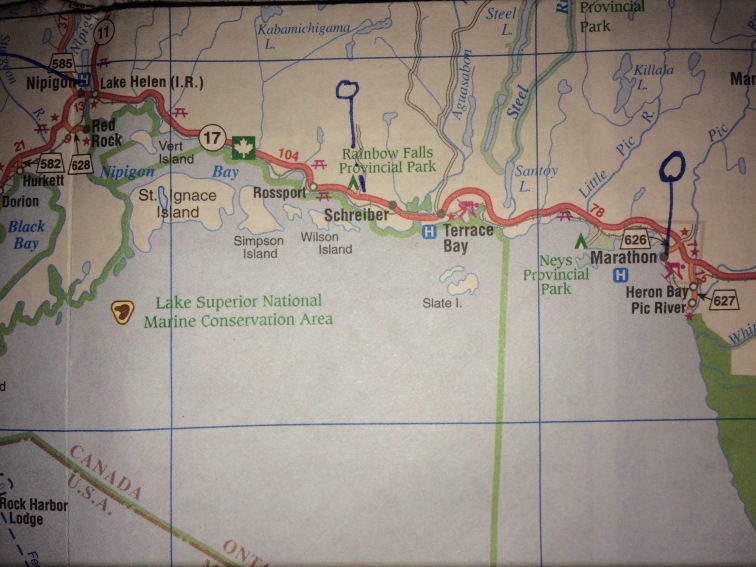 The day began just as it went on, with a long sweeping hill along the side of the lake. Although today wasn’t huge in terms of miles is was definitely one of the more arduous, but we stopped twice to keep the fuel topped up. We had a second breakfast in a diner owned by an ex-singer, Tony Filane. His records were displayed everywhere and a huge sound system was set up next to the countertop dining area, where we ate fried eggs, sausage and hash with the usual endless coffee. 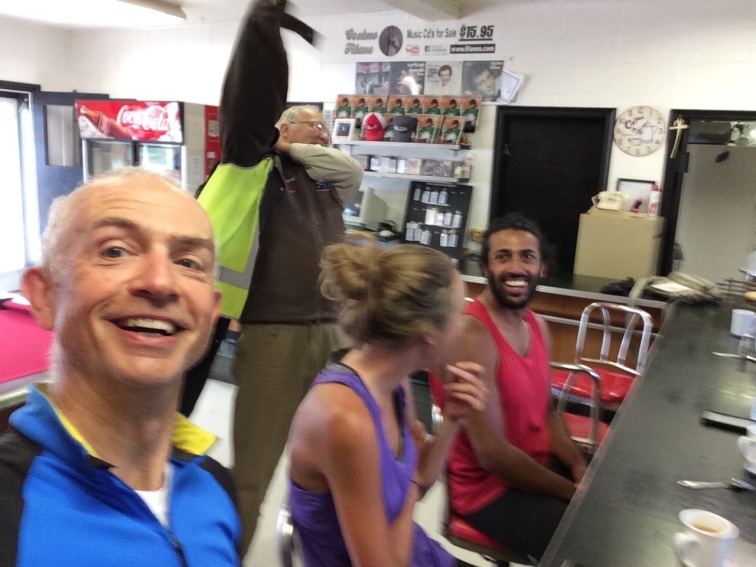 He also owned several businesses in the next town, and had his own fuel brand:

The owner’s son had been an Olympic boxer, my second Olympian this week. We also met Bob Dibble, an Aussie traveling around the world on a small 116cc motorcycle and sidecar (for storage). His range was only around 150 miles, so stops to eat at gas station diners were a commonplace for him, as they are for us. By chance we discovered that we’re both meeting our wives at Pearson Airport, Toronto, on the same day next week (next week! Can’t wait to see you Susie!). He will arrive by motorbike, me, possibly, by bicycle, and we promised to look out for each other. If I miss Bob there I’m supposed to watch out for him in St John’s Wood (home of Abbey Rd studios), London, in September sometime! 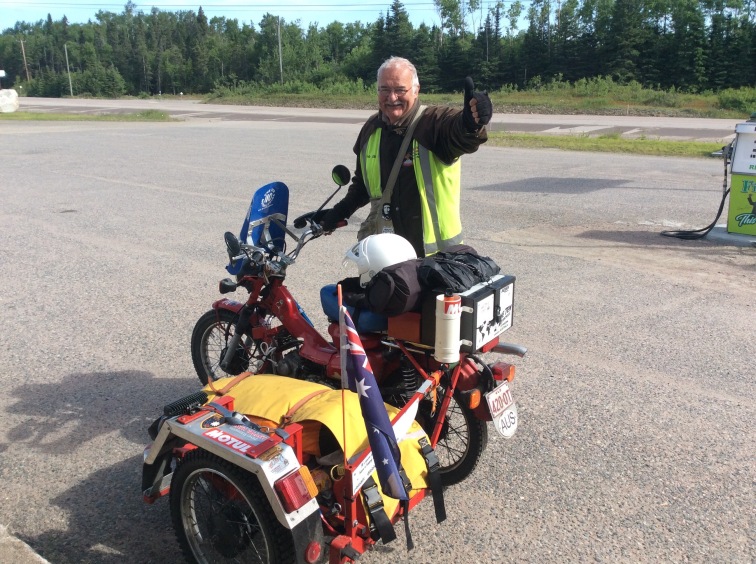 In between the hills we stopped at the stunning Aguasabon waterfall: 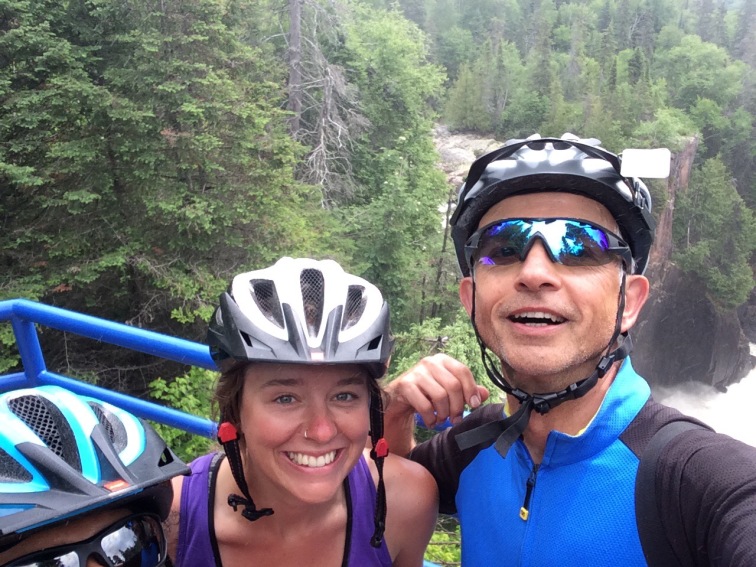 …shopped, and ate an early lunch (owing to the lack of options afterwards) at Terrace Bay.

The long stretch from there to our campground in Marathon was a leg-tester, but we arrived just in time to claim the last tent site available.

One that caught my eye: 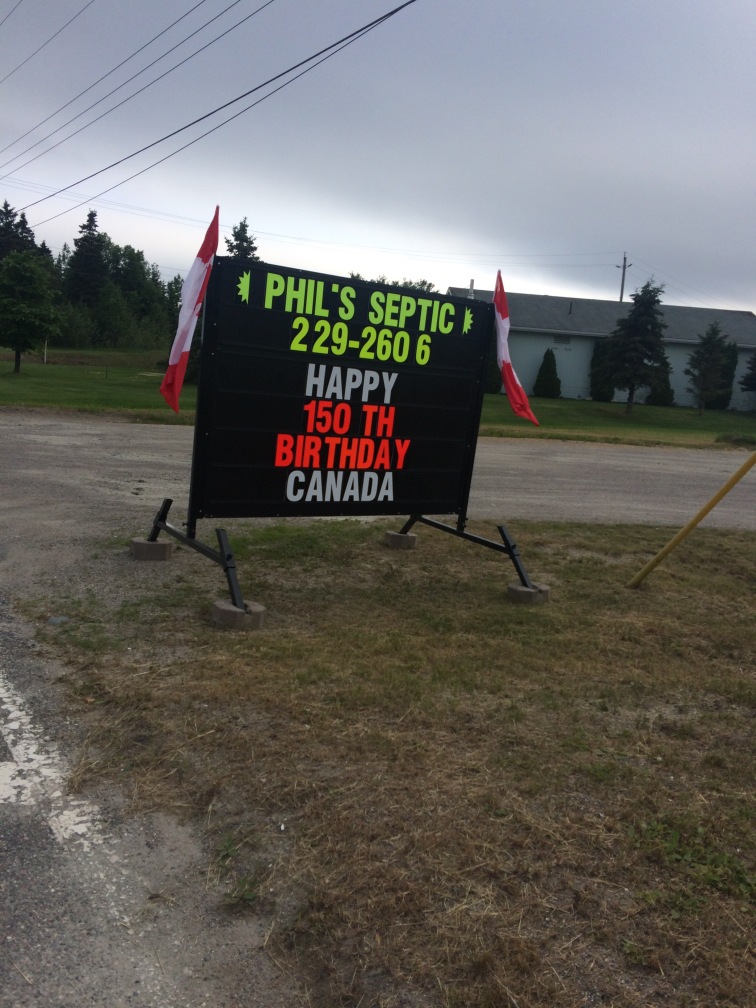